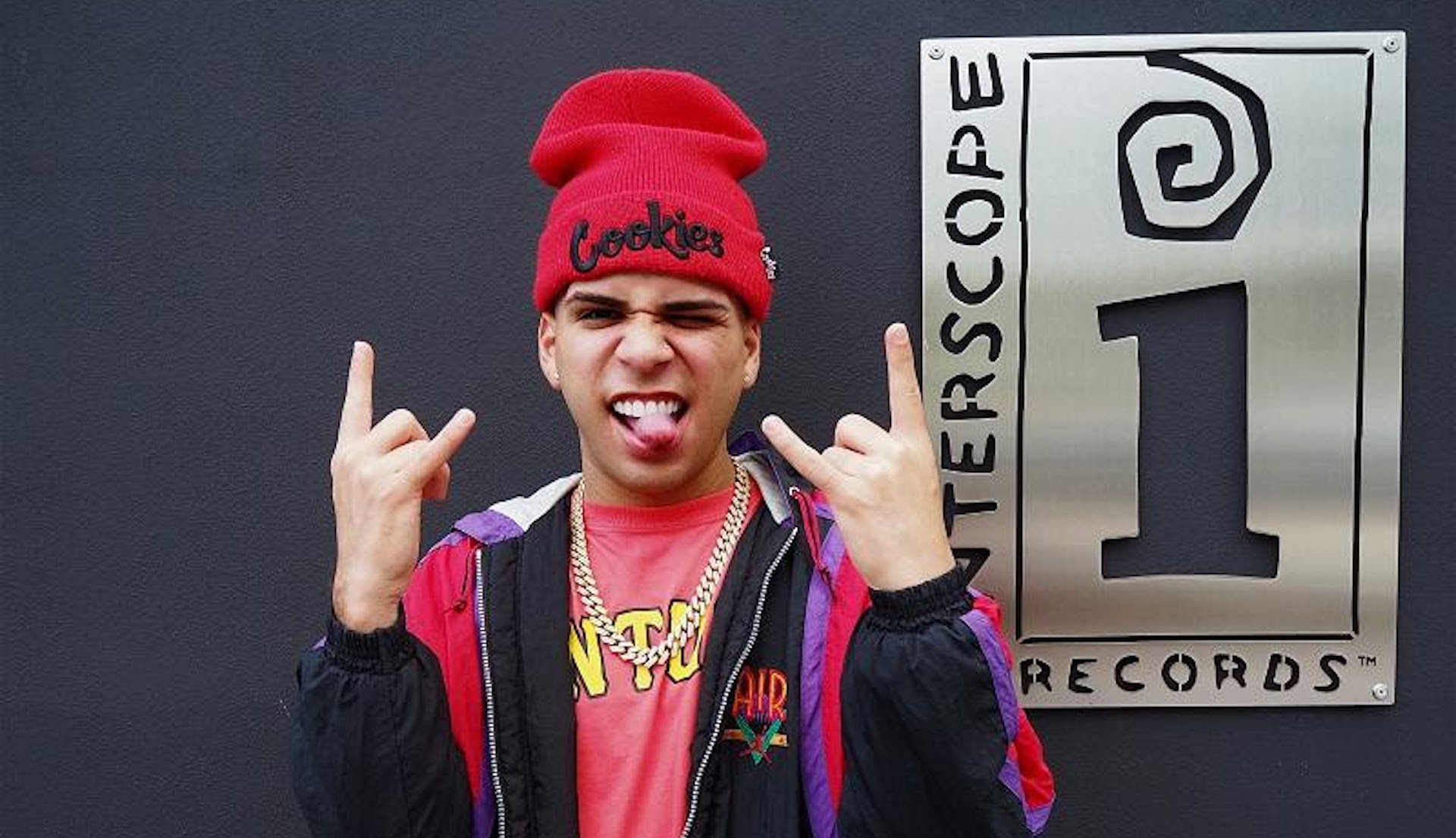 Miami, FL (June 8, 2020) – Shaking the culture with an unapologetic sound, one hilarious and provocative viral moment after another, and hundreds of millions of views and streams independently, KEVVO officially signs to Interscope Records in partnership with Una Vision Quintana, Inc. He emerges at the forefront of an explosion of talent in his native Puerto Rico. This move notably stands out as the biggest Latin signing not only during quarantine, but of the year.
Welcoming KEVVO to the roster, Interscope Records EVP Nir Seroussi commented, “Today, an artist’s unique and authentic identity is the ticket to becoming a staple in the culture. In that respect, KEVVO checks all of the boxes of a star-in-the-making. We’re very impressed with everything that he and Pepe Quintana have accomplished in only one year, and we couldn’t be more thrilled to be their partner for what’s to come.”
Pepe Quintana said, “Nir, Jorge [Fonseca, SVP of A&R] and the Interscope team got it right away. They recognized KEVVO’s talent, attitude, and energy and will be the perfect partner to elevate him to the next level. It’s exciting to kick off this alliance.”
“Hooking up with Interscope is a dream come true,” added KEVVO. “They completely understand and support our vision. They’ve also given me the freedom to do what I want, and I can’t wait for everybody to hear what we’ve got coming.”
Just last year, Una Vision Quintana’s CEO Pepe Quintana first recognized KEVVO’s talents. The executive signed him and developed him under-the-radar.
KEVVO, whose real name is Kevin Manuel Rivera Allende,popped off with the 2019 smash “105F.” Between the original and the high-profile Remix featuring Arcangel, Brytiago, Chencho Corleone, Darell, Farruko, Myke Towers and Ñengo Flow, it has racked up over 95 million Spotify streams and 220 million YouTube views. He emerged as one of the most sought-after collaborators in the game, serving up bars for Rauw Alejandro’s “El Efecto – Remix” and “Perreo Intenso” with Ankhal, Farruko, and Guaynaa. Not to mention, he took home the award for “Top Urbano Puerto Rico” at Premios Tu Música Urbano.
At the start of quarantine, KEVVO offered millions of viewers everywhere an escape on a nightly basis. He launched “CuarentenaTV” as a “live party show” on Instagram. Within a week of its premiere, he attracted 1 million new followers before tripling his following in a month to 2.5 million-as of today. Nearly breaking the internet, it drew 180K simultaneous viewers across Latin America at its zenith thus far. Additionally, he joined superstars such as Nas and Anitta for the “Music Lives” virtual music festival presented by LiveXLive and TikTok. Among countless articles, REMEZCLA predicted, “KEVVO is on a blazing path full of mega collaborations, remixes and tours – all certain to unfold in 2020.”
###
About Interscope Records
Combining the legacies of three of the most influential record labels in modern music history, Interscope Geffen A&M embarked on a new tradition of musical achievement with its unification on January 1, 1999. Headed by Chairman and CEO John Janick, Interscope Geffen A&M is a major force in global music, developing chart-topping artists across a wide range of musical genres including rock, rap, pop, alternative and Latin. Interscope Geffen A&M is part of Universal Music Group, the world’s largest music company www.interscope.com .
By Suzette Fernandez|2020-06-09T20:10:33+00:00June 8th, 2020|Artist News|Comments Off on RISING LATIN STAR KEVVO SIGNS TO INTERSCOPE RECORDS